* Due to COVID-19 Red Phoenix Theatre's scheduled program has been postponed and will be performed in 2021. However, RPT will still perform at HST in a COVID safe production in October 2020. Stay tuned for further updates...

If a play hasn’t previously been staged in Adelaide then it’s our honour and mission to bring it to you.

Along with a splash of dazzling contemporary plays, you can still expect to see great plays by great names such as Aristophanes, Euripides, Shakespeare, Ibsen, Strindberg, Havel, Albee, Mamet, and a long list of others. Many of their wonderful works have never received a public performance in Adelaide.

This is the Red Phoenix Theatre mission.

"We have embarked on a theatrically themed voyage. During the next four years we will explore the old adage about the things we are told we should never discuss in polite company; politics, religion, money and sex. 2017 was the first year of our vision’s journey and we staged three plays all linked by the theme of Politics. This has been followed by Religion & Faith (2018), Money (2019) and 2020 will be a year filled with Sex. We refuse to bite our tongues."

A BUNCH OF AMATEURS

Keen to boost his flagging career, fading Hollywood action hero Jefferson Steele arrives in England to play King Lear in Stratford - only to find that this is not the birthplace of the Bard, but a sleepy Suffolk village. And instead of Kenneth Branagh and Dame Judi Dench, the cast are a bunch of amateurs trying to save their theatre from developers.

Jefferson's monstrous ego, vanity and insecurity are tested to the limit by the enthusiastic am-dram thespians. As acting worlds collide and Jefferson's career implodes, he discovers some truths about himself - along with his inner Lear!

Reviews for A Bunch of Amateurs

Set in the fictional town of Harrison, Texas, in 1987, our story focuses on the Gordons, a clan of malcontents ruled by octogenarian matriarch Stella that must prepare for an uncertain future when plunging real estate values and an unexpected tax bill have a negative impact on the family fortune.

Stella's children - predatory Mary Jo, complacent Lucille, and alcoholic Lewis engage in a debate about whether or not they should divide the estate while their mother is still alive in order to ensure themselves financial independence. A story of families and money. Everyone is very fair and reasonable of course – ahem!!

Featuring the much-loved and award winning Adelaide actor, Jean Walker, Dividing the Estate is not to be missed!

In this darkly comic drama, the charismatic but dangerously unpredictable Roman Emperor tries to understand the meaning of life. Not all goes well for those around him!

Following the death of his beloved sister, Caligula deserts the Roman Assembly for three days and nights. During his absence, he imagines a perverse campaign of murder and horror in a quest to discover personal freedom and happiness. 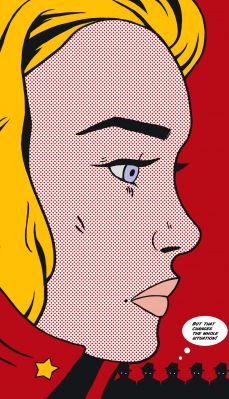 This hysterically funny play by one of Europe's most admired playwrights is receiving its Australian premiere at Holden Street Theatres.

In a fictional country, the government invents a conspiracy to justify military force, censorship, and torture to preserve its democratic ideals.

THE MAN FROM EARTH

A wonderful stage adaptation of Jerome Bixby's cult sci-fi move. Bixby wrote some of the most memorable moments of contemporary science fiction including episodes of Twilight Zone and the original series of Star Trek.

History professor John Oldman suddenly resigns from the University. His startled colleagues demand an explanation. But they're shocked to hear his reason for leaving. John claims he is 14,000 years old and that he must move on every ten years to prevent his secret being discovered. Tempers rise and emotions flow as John’s fellow professors attempt to poke holes in his story. What starts out as a friendly gathering soon builds to an unexpected and shattering climax.

"A tall tale that ends with a devastatingly clever twist." - The Providence Journal

A boat packed with refugees sinks and 250

people drown. What happens when two

Mizzis Horrocks' class of seven year olds is about to perform their nativity play at Flint Street Junior School for the proud mums and dads -- and the occasional social worker. Squabbles arise when Gabriel wants to play Mary, the Star grumbles he's not a proper star like they have at NASA, Herod won't stop waving to his mum and dad and the subversive Innkeeper is determined to liven up the traditional script. And then the stick insect escapes. The children are played by adults, who later play their parents so the set changes accordingly to reflect the different in scale. This warm, witty, funny play is an ideal alternative to the usual Christmas fare with original lyrics set to the tunes of the usual Christmas carols. It was first performed to critical acclaim at the Liverpool Playhouse

A Presidential election is pending. The USA is at war with Brazil when there is a catastrophic blunder on the battlefield, followed by a bizarre murder in the White House.

How can this madness be spun to the voting public, especially when the President’s wife is a ‘make love not war’ protestor?