When plans for marrying an American to secure an infamous Green Card are derailed, Lucienne Weber is left alone in the city that never sleeps to come up with another option...or two, or three - fast! In America's famous melting pot, you've got to think on your feet and find your place - which is what Lucienne decides she must do.

Lady Liberty: A tale of three men, one city, and an audition… 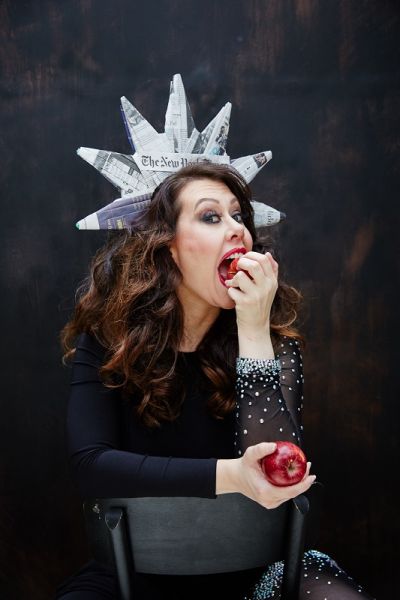 Lucienne has returned to Sydney after undertaking an Intensive program at the American Academy of Dramatic Arts, New York City. With a background in both classical and musical theatre vocal training, dance and acting, Lucienne welcomed the opportunity to grow as an artist and broaden her skills as a performer.

Lucienne considers her career highlights to date to include having had the opportunity to write, produce and perform her one-woman cabaret show It's Not Me, It's You which toured Adelaide, Melbourne and Sydney, studying under the tutelage of Mitchell Butel at NIDA, as well as working under the direction of Angelina Jolie in the feature film Unbroken.

Lucienne has trained as a pilot and worked in various roles within the airline industry for some years now.