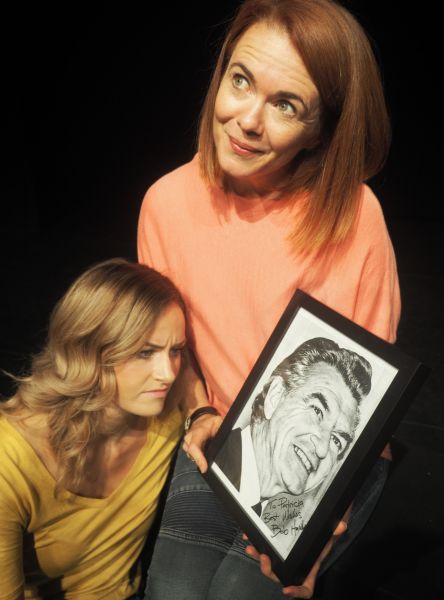 "This is a stunning new work...Highly recommended" - The Weekender Herald

"★★★★ - 8.7/10 We have a fun and feisty addition to the library of the South Australian Playwrights Theatre" - The Adelaide Show Podcast

“★★★★ Beautifully choreographed…Bordertown is an entertaining and funny show, with strong and convincing performances all round” - The Clothesline

"Engaging surrealist tone full of dreams and demons" - The Advertiser

"The play is well-produced and acted, but perhaps equally important it is a great contribution from the South Australian Playwrights Theatre, which offers a refreshing take on local stories and places" - Global Media Post

“The play is well-produced and acted, but perhaps equally important it is a great contribution from the South Australian Playwrights Theatre, which offers a refreshing take on local stories and places” - The Barefoot Review

“We’ve really resonated with audiences who are craving local stories and loving the references to our local community and environment.’’ - The Advertiser

Based on real events, Bordertown is the story of Patricia Barnes, country hairdresser who created Bob Hawke’s ‘silver bodgie’ hair style. Faced with her own waning notoriety, she compels her daughter, Felicity, to head to Hollywood and become a star. After scoring a job on a major production, Felicity starts dating B-List actor and former stand-up comedian, Emilio Sanchez, much to the delight of her mother and a bunch of Australian gossip mags. After a mere two weeks, however, the relationship falls apart and all hell breaks loose in a small town obsessed with fame.

“…a heart-felt play… a beautiful story, well executed by cast and crew, which will leave you with a smile and a tear.”

“Deftly played, and directed by the writer with a light touch, Frank Forbes and the Yahoo Boy is a delight...”
Peter Burdon, The Advertiser

“Frank Forbes and the Yahoo Boy” is blowing the cobwebs away from the dark and dusty corners of Adelaide theatre and bringing us delightfully into the modern day.”

“New theatrical works by local writers are always a welcome commodity… especially when a play as fine as ‘The Middle Way’ makes it to the stage…it is a strong and highly satisfying work.”

“This team is very experienced…The Middle Way is as a delightful evening at Holden Street Theatres that I thoroughly recommend.” 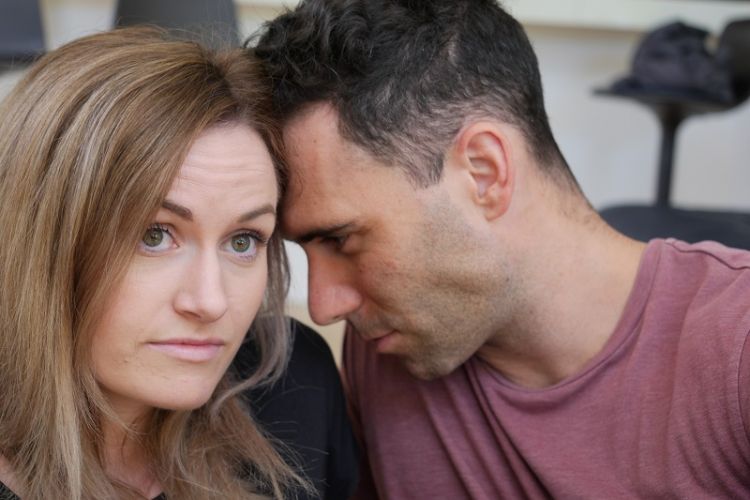 Meet the Residents of Bordertown

Bordertown’s leading hair dresser and inventor of Bob Hawke’s ‘silver bodgie’ hair do, Patricia has seen better days, both romantically, financially and mentally. She desperately wants to get her groove back, but how far will she go?

Flick Barnes has spent most of her life believing she’s the love child of former PM Bob Hawke and basking in her mother’s semi-famous shadow. With dreams of greatness she heads to Hollywood, but how will this mediocre make-up artist ever find herself on the right side of the screen?

He’s a B-Grade comedian from Grixdale, Illinois, whose last and only claim to fame was as the jive-ass talkin’ janitor in early 90’s teen comedy ‘Screwball High’. After a three-year hiatus how can this wise crackin’ Latino funny man break back into the big time?

From Islington Community Theatre to Hollywood agent, Randy has come a long way and has no intention of going back. Representing rising star Emilio Sanchez, this loquacious Londoner one day hopes to be rubbing shoulders with Bobby De Niro at the LA Country Club.

Dennis is a taxi driver. Few people catch Dennis’ taxi in Bordertown because most things are within walking distance. Dennis is starting to wonder whether anyone even knows he exists. He looked up the word ‘existential’ in the dictionary and is wondering if it applies to him.

Matt Hawkins is an award winning playwright and screenwriter whose credits include The Micallef Program (ABC), Always Greener (7 Network) and Life Support (SBS). His feature films and shorts have appeared in over 30 international film festivals and his work has been loved by audiences in Australia, the UK and Ghana. His last play, Frank Forbes and the Yahoo Boy, was nominated for best professional production at the Adelaide Theatre Guide’s Curtain Call Awards. Matt lectures in screenwriting at Flinders University and is the artistic director of South Australian Playwrights Theatre.

Since Graduating from Flinders Drama Centre in 2000, Katie has worked interstate, locally and overseas for both stage and screen. Most recently she performed with Irish Theatre Company, Sundays Child for the 2017 Adelaide Fringe. In Australian television, she has worked on Neighbours and Stingers. She also starred in hit Irish series Fair City for television station RTE. Film credits include Caterpillar Wish as well as numerous short films.

Kimberley is a 2016 graduate of Flinders Drama Centre. In early 2016 her studies led her to international pursuits where she honed her craft at Columbia College in Chicago. It is here she wrote and performed her first show The Gospel According to Kim. Once graduating she discovered other creative interests and directed her first musical, Scrooge. She has since worked as a Children’s Puppeteer for Camp Quality and shone in the role of Tracy in the award nominated Frank Forbes and the Yahoo Boy.

Chris is an international performing artist who has worked extensively on stage, television and film. His credits include Miss Fisher’s Murder Mysteries (ABC), Danger 5 (SBS) and House Husbands (9 Network). His stage work includes State Theatre productions Three Sisters and The Give and Take as well as the world premiere of Barassi: The Stage Show performed at the prestigious Arts Centre in Melbourne. He has also starred in locally produced sci-fi feature Double Happiness Uranium.

Brendan has been a theatrical stalwart in Adelaide for the past fifteen years appearing in such productions as Hot Shoe Shuffle, Hairspray, PIGS, Bogans, Men Behaving Badly (MBM), Spamalot (NLTC) Guys and Dolls (G&S) Out of the Ordinary, The Golden Dragon (Bakehouse Theatre) Miss Saigon (MCMT). He has recently appeared in Frank Forbes and the Yahoo Boy (South Australian Playwrights Theatre) and the films Storm Boy and Wild for the Adelaide Film Festival.