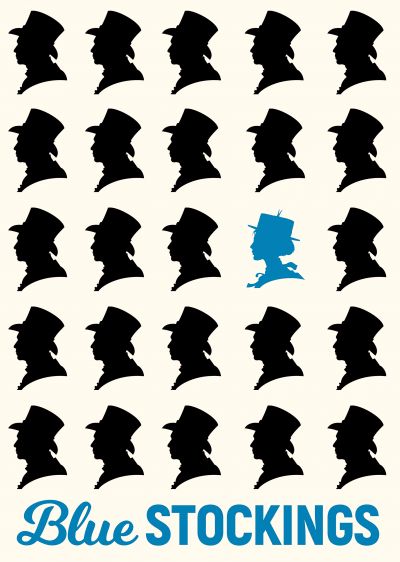 Due to COVID-19 Blue Stockings has been rescheduled to May 2021.

Cambridge 1896, and Girton College is home to the country's first female students. Blue Stockings is the empowering and surprising story of four young women fighting for their right to a university education in a world that assumed women belonged at home.

A gloriously moving, comical and eye-opening story of four young women fighting for education and self-determination against the larger backdrop of women's suffrage. This year's intake of new women at Girton College face economic difficulty, the distractions of men and radical politics, and the jaw-dropping prejudice that blights every aspect of academic life. Meanwhile, there looms the prospect of a controversial vote to decide: should these ‘blue stockings’ be allowed to graduate? The play begins with text from an actual speech by ‘real life’ Dr Maudsley who warns his audience that education for women is a dangerous idea. He argues that women's lives should be determined by their biological and reproductive functions, and therefore attending university is likely to cause them serious harm.

First produced at Shakespeare's Globe in 2013 it was a sell-out success. Based on feedback we’ve received so far, we fully expect this to also be a sell-out season. So don’t miss out.