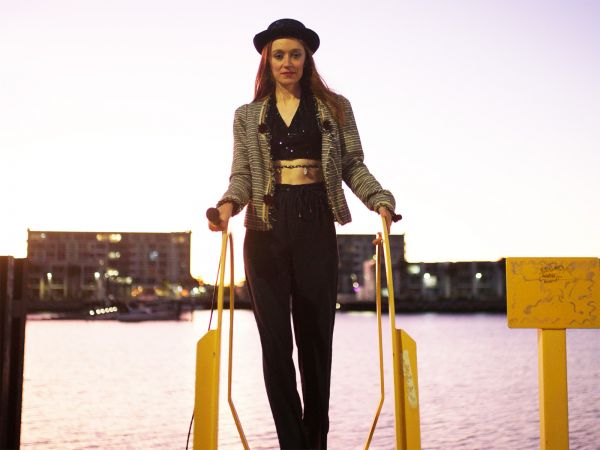 Flitting between quirky originals and bluesy covers, follow a musical path with a story of its own. A new voice on the scene pairs with dance elements and symbolic prop use, forming a show that invites you to delve into your imagination as Isa Do explores what's outside of the box!

Isabel has been involved in the arts in some way or another since the age of 4. In the last five years, Isabel has dabbled in acting, producing and writing for film, has performed in the Cabaret Fringe Festival, and has narrowed in on her singing practice. As an introvert, she's frequently told to be louder, so 'hear' she is!

Inspiration to take the leap and fulfill her Fringe dream comes after being struck down from a Chef career, and finding perspective in the realm of a work-from-home one.

Buy Tickets for Isa Do Tunes

Isabel is a Freelance Writer/Creative who has been involved in The Arts, in one way or another since age 4. Acting, singing and screenwriting are her most recent areas of passion and exploration. She has performed in the Cabaret Fringe Festival, and volunteered behind-the-scenes of the Adelaide Fringe, but 2023 will be the first time conducting a solo act!