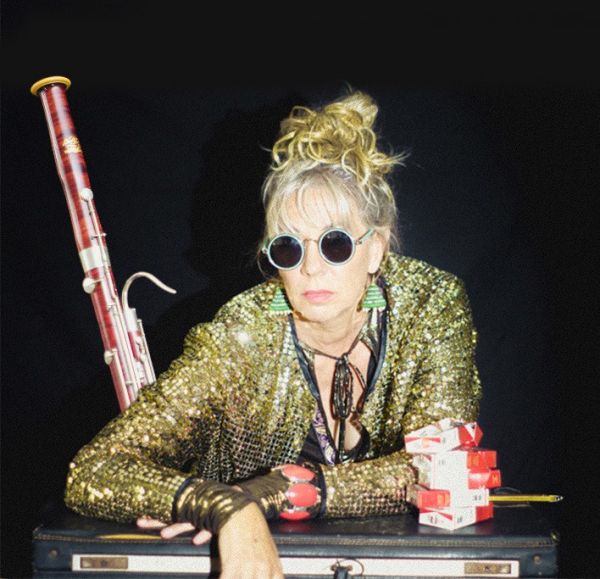 A gawky schoolgirl is given a lumbering bassoon by her mother, a musician. The bassoon opens doors – to a Music Conservatorium, to a private school – but the girl hates it. After 3 long years she fails an exam and abandons the bassoon and its shabby case to the depths of her mother’s garage. 32 years later she rediscovers the bassoon and now she is ready to examine her own family history, re-discover her talented but frustrated musical grandmother, and accept and embrace her own creative spark. Enter Delphi - the accomplished musician and cabaret star with her bassoon.

This is Janet’s very first solo show, and it features 9 original songs, 4 characters and one bassoon. It had it first performance to a sold-out house at Brunswick Picture House in March 2021

Beautiful songs and a very poignant and comic story.

This show has great appeal across generations…..entirely original!

Janet works as an artist teacher in schools and community centres in the Northern Rivers NSW. She has produced a numerous large-scale community events including several massed choir performances, involving the administration, creative direction, composition. She has also directed choirs for several high profile performers including Josh Groban, Delta Goodrem, Mama Kin Spender and Tones and I. She has most recently devised the After Disaster Project - a large scale schools project with songwriters Harry James Angus, Emily Lubitz and Ash Grunwald. Janet plays the bassoon in a cabaret band called The Loveys.