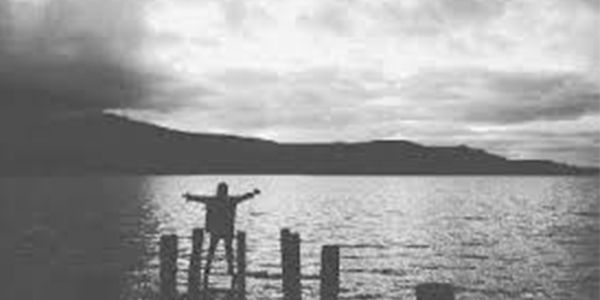 A tender, furious, and fragile reimagining of Moby Dick from multi-award winning writer and storyteller Casey Jay Andrews. A suburban fable of bad luck, reckless choices and irrational hope. The times when we leap, where sometimes we soar, and sometimes we drown. The epic infamous whale tale is reinvented in London and follows a young woman on the brink of self-destruction.

By Casey Jay Andrews, creator of

The Archive of Educated Hearts

★★★★ “Funny, and sad, and deeply human, this stands out for the elegance of its writing and the depth of its emotional journey… It’s a story about seeing the world turn against you and being honest enough to acknowledge that it’s partly your fault. It’s about the danger of seeing the world in black and white, the importance of small acts of kindness, and how sometimes it’s okay to admit that some things are just too big to wrestle with” The Scotsman

Casey Jay Andrews is a multi award winning writer, designer and theatre-maker based in the UK.

Casey began writing, directing and designing as one of the Artistic Directors behind HookHitch Theatre, from there she has worked with many collaborators including Joanne Hartstone, Patch of Blue Theatre, The Flanagan Collective, Migration Matters Festival, The Guild of Misrule and more.

If you love The Wild Unfeeling World, we recommend...