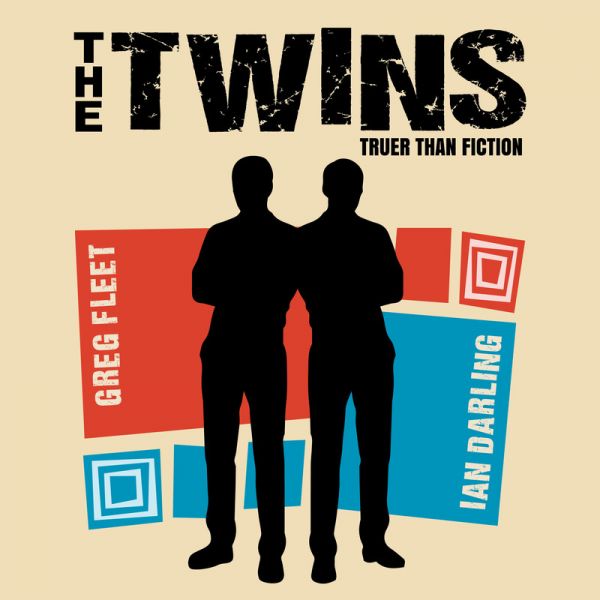 Two old school friends, come back together forty years after playing the twins in Shakespeare's The Comedy of Errors, to rework it as a two-hander. A heart breaking and hilarious new play about trust; remembering and forgetting to remember; loss; regret; love; pain and glory.

Their lives took different paths; they are now reunited, but who is playing who? Are they who they say they are and should any of that matter? And once you’ve let go of your dreams, is there ever really any way back?

It’s about fathers and the shadows they leave, the labels we give to others and ourselves and the burden and guilt these two friends carry as a result. An achingly honest account that sees privilege and heroin joined at the hip.

Buy Tickets for The Twins

Adelaide Fringe 2021 Reviews for 'The Twins'

★★★★★ "This production is totally engaging. A definite must see for this Fringe” - Glam Adelaide

★★★★★ "90 minutes of laughter, reflection and pure entertainment.” - On the Record

★★★★★ "...an incursive and intrusive exploration of these two actors past experiences.” - Global Media Post

★★★★ "Their true lives are presented as theatre, of Shakespearean proportions.” - The Clothesline

★★★★ "Both fascinating and perilous... intrepid in its candour” - InDaily

★★★★ - "An engrossing tale... a remarkable digression into two lives” - The Advertiser

★★★★ - "While it is humorous and light-hearted, it is also a painfully genuine journey of two life-long friends who have been challenged by privilege and heroin addiction along the way.” - Hi Fi Way

9 - "The Twins is a grounded, honest work" - The Adelaide Show 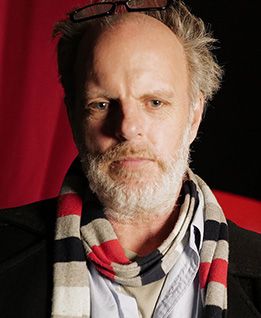 Greg Fleet is an award-winning actor, comedian, playwright and author. Born in Michigan, USA, his family moved to Victoria when he was aged four. He studied at Geelong Grammar School for twelve years and then attended NIDA for a year before being expelled.

His acting career began opposite Nicole Kidman in 1984 and he and went on to star in, amongst other things, Prisoner, Underbelly: Squizzy, Neighbours and the series Wolf Creek, as well as treading the boards in Twelfth Night for the Melbourne Theatre Company.

Developing a stand-up career that saw him acclaimed all over the world, Greg’s comedy across TV, film, radio and theatre, and the honesty with which he speaks about his long-term drug addiction, have made him one of the most respected, beloved and in-debt stand-up comics around.


Greg Fleet’s hilarious and harrowing memoir, These Things Happen, was published in 2015 and his first novel The Good Son in 2018. He is currently writing the screen adaptation of The Good Son. His plays, This Is Not A Love Song and Signifying Nothing, both received numerous Best Theatre and Critics Choice awards across Australia.

He is fairly sure he still owes Ian Darling $2 from their school days, thus his commitment to The Twins. 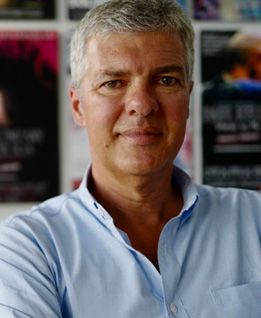 Ian Darling is an award-winning documentary filmmaker. His Director credits include The Final Quarter, Paul Kelly — Stories of Me, In the Company of Actors,The Oasis, Suzy & the Simple Man, Alone Across Australia, Woodstock for Capitalists and Polly and Me. He is an Executive Producer of JR, On The Record, 2040, The Fourth Estate, The Bleeding Edge, Unrest, Inventing Tomorrow and How to Change the World.

He received the Byron Kennedy Award at the 2018 AACTA Awards, won the AFI/AACTA Award for Best Direction in a Documentary, has twice been a Walkley Awards Finalist and a winner of two Film Critics Circle Awards. His photographs have been finalists in the National Photographic Portrait Prize, the Moran Contemporary Photographic Prize, the Sydney Life Photography Prize, and the Head On Portrait Prize.

He is Founder of voxdocs, Good Pitch Australia, Documentary Australia Foundation, and Patron of the ArtsLab, Kangaroo Valley.

Ian Darling is Executive Director of Shark Island Institute. He has been Chair of The Caledonia Foundation since 2001, was a former Chair of the Sydney Theatre Company and the STC Foundation, a Director of the National Institute of Dramatic Art (NIDA), and was a member of the Salvation Army Advisory Board.

He is excited about returning to the stage for the first time in 40 years with Greg Fleet, in their theatre verite piece The Twins. 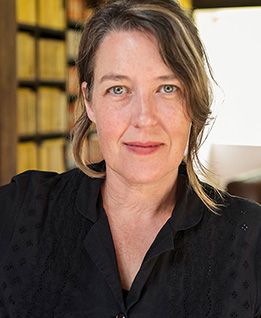 She has worked as an actor in theatre and TV (including for Adelaide Fringe Festival, New Theatre, Performance Space, The ARTSLAB and most recently in new Australian film The Flood as well as working as a theatre director and designer in Sydney and regional NSW.
Her interest in new theatre has led to her writing, devising and adapting stories for theatre
including: Biding Time; Chair; Island (an adaption of Shakespeare’s The Tempest for children); Tales from Outer Suburbia; and her one-woman play Safety Nets which she will be premiering at Bakehouse Theatre for Adelaide Fringe Festival 2021. She has taught drama to young people and has directed and designed productions for youth and community.

Sarah is a founder and Artistic Director of The ARTS LAB Kangaroo Valley – an arts program featuring new films, music, theatre, and conversations, with an emphasis on engagement with audience and community.
She is also the manager of Shark Island Institute Kangaroo Valley. Sarah is looking forward to returning to Adelaide Fringe Festival and directing this work for its Australian premiere. 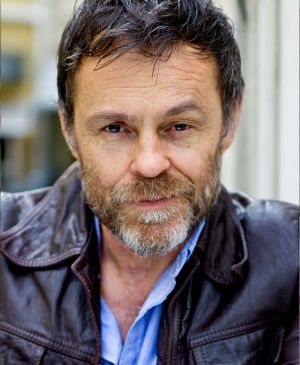 Terry Serio is one of Australia’s most accomplished and versatile performers. His film roles include the break-out lead in 1982’s Running on Empty, He Died With a Felafel in his Hand, Dirty Deeds, Unsound and in 2010 Pauline Chan’s 33 Postcards alongside Guy Pearce, and will appear in the soon to be released feature, The Half Dead (aka Shadow Wars). Terry has appeared in over 50 of Australia’s most well-known television productions which include Shout! The Story of Johnny O’Keefe (playing Johnny – AFI/AACTA nomination for best actor), Police Rescue, Blue Heelers, Water Rats, Wildside, Stingers, Blackjack, Stupid Stupid Man, Janet King, Rake, Underbelly Badness, A Model Daughter telemovie, The Secret Daughter, Reckoning and Mr Inbetween S2.

Terry’s theatre accomplishments cross comedy, drama and musical genres in independent theatre, large-scale productions and national and international touring productions. Credits include Rasputin, Hair, The Threepenny Opera, Blasted, 4.48 Psychosis, Summer Rain, Concussion, Under Ice, Way To Heaven, Machinal, and The Winter’s Tale. In 2010 he composed the music and played The Boss in the Sport For Jove production of Of Mice And Men and starred in Griffin Theatre’s A Riff On Keef. Terry played the roles of Bob Hawke and John Howard in the runaway success of 2006-08, Keating! (Company B – Belvoir Street Theatre), which earned him the 2007 Helpmann Award for Best Supporting Actor in a Musical. Terry is also an accomplished musician singer/songwriter/composer and can be seen frequently playing in his bands (The Ministry of Truth, The Half Truths and Oh Reach). Terry is also a published writer (Musicians and Addiction and Smashed), a director and teacher. His radio show STAGEFRIGHT on the cult radio station Fbi 94.5fm became a mainstay of the Sydney theatre scene. 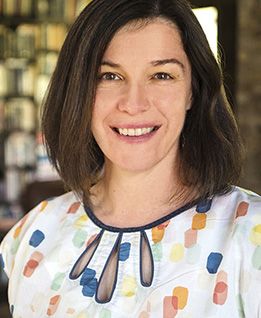 Mary Macrae is Producer and Production Manager at Shark Island Institute. Mary produced the films The Final Quarter, Life After the Oasis, Suzy & The Simple Man, Paul Kelly — Stories Of Me, and was line producer and production assistant for The Oasis and In The Company Of Actors and production manager for the short films Polly And Me and Wall Boy. Mary is currently producing feature documentary The Department.


Prior to working at Shark Island Productions Mary had a career as a production stage manager in theatre and dance for companies including Sydney Theatre Company, Company B Belvoir Street Theatre, Force Majeure and Griffin Theatre Company. Shows she worked with include My Zinc Bed, Waiting For Godot, A Cheery Soul (directed by Neil Armfield), Same Same But Different, Already Elsewhere (directed by Kate Champion) the Australian premiere production and U.K / U.S tour of Cloudstreet (Belvoir and Black Swan, directed by Neil Armfield) and the Sydney and New York productions of Hedda Gabler (Sydney Theatre Company directed by Robin Nevin). The Twins will be her return to stage work.

From NSW, Shark Island Institute and The ArtsLab Kangaroo Valley have joined forces in producing THE TWINS. We have coined the term ‘theatre verite’ to describe this piece, because it is a play, first and foremost, but the characters are real people played by themselves. Shark Island Institute makes social impact documentaries to engage audiences, shift thinking and inspire action around social justice, the arts and the environment. The ARTS LAB is a not-for-profit boutique arts program in Kangaroo Valley NSW that presents new films, music, theatre, and conversations, with an emphasis on engagement with audience and community.

HST is incredibly excited to present a safe and secure Fringe Program. To ensure public safety we have implemented a COVID Safe plan. Social distancing, density and hygiene practices will be adhered to at all times. Only attend the event if you are feeling well. If you have any COVID-19 symptoms please ensure you get tested as soon as possible and follow social isolation guidelines until you recover.

This show is rated M for Mature Audiences, it contains distressing themes and course language.