★★★★★ "Henry Naylor is renowned for his complex and spell binding stories and The Nights is no exception." - Glam Adelaide

★★★★★ "It is a potent experience, a chilling and heartbreaking meditation on man’s inhumanity to man" - The Barefoot Review

★★★★★"This was a fantastic experience... I doubt I will see a better play during this Fringe" - Hi-Fi Way

★★★★★"the dialogue is sharp, pithy, hard hitting and compelling. The actors do a magnificent job in these demanding roles."- 5MBS

★★★★ 1/2"A dark, haunting and often distressing production – but a gripping and thought-provoking one nonetheless."- Adelaide Theatre Guide

★★★★ "Timely and thought-provoking, The Nights uses also a touch of magical realism to address a multifaceted conflict between East and West which couldn’t stand further from being resolved." - Everything Theatre

★★★★ "At times I find myself stopping to marvel at the quality of Naylor’s writing." - The Clothesline

★★★★"Once again, Henry Naylor demonstrates his ability to produce a poetic and powerful piece of theatre." - The Arts End

"The outstanding performances are a descent into the lower depths of repressed memory and inescapable guilt." - The Australian 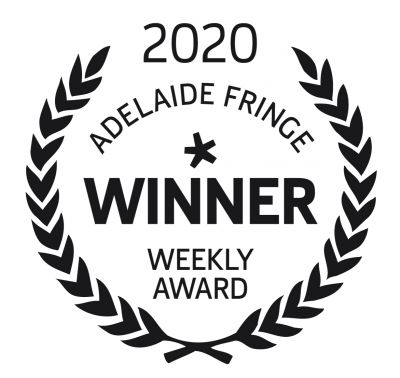 A returning Jihadi bride, an Islamophobic journalist, and an antique dealer with a violent past all collide in a dark, timely tale. Three-time Fringe First-winner Henry Naylor is a leading writer on the international Fringe circuit; his plays having won or been nominated for over 35 global awards.

"Naylor seems to have taken the mantle of writers like Athol Fugard: to make theater by telling the stories that matter" - DCTheatreScene.com

"One of our best new writers" - Ann Treneman, Times

Buy Tickets for The Nights by Henry Naylor

International Praise for The Nights by Henry Naylor

★★★★ "Another timely piece of theatre that packs a punch." - Broadway Baby

★★★★ "Powerful and passionate in outline, riveting and disturbing in detail" - The Scotsman

★★★★ "A distressing insight into the British psyche" - The Student Newspaper

★★★★ "He writes like Hemingway, not a word is wasted and he has that extraordinary ability to fill up the imagination without verbosity. ..an excellent production" - Scottish Field

★★★★ "This is a tense and tightly choreographed production. Each word and gesture seems to have been carefully thought out and gives the play an almost balletic flow." - Deadline News

"Naylor always writes a gripping yarn, and this is no exception." - Edinburgh Festival Magazine

"Naylor takes us back to the 19th century storytellers. It’s not a surprise that he reminds some of Charles Dickens." - British Theatre Guide

Praise for Henry Naylor's past shows

★★★★ "Naylor has won widespread recognition on the Fringe for his well-justified obsession with the catastrophic conflicts that have spread across Iraq, Syria, Yemen and beyond" - The Scotsman, UK

"Naylor seems to have taken the mantle of writers like Anthol Fugard: to make theatre by telling the stories that matter" - DCTheatreScene.com

★★★★ "A riveting exploration of identity, idealism and heroism" - The Sunday Times, UK

"One of our best new writers" - Ann Treneman, Times 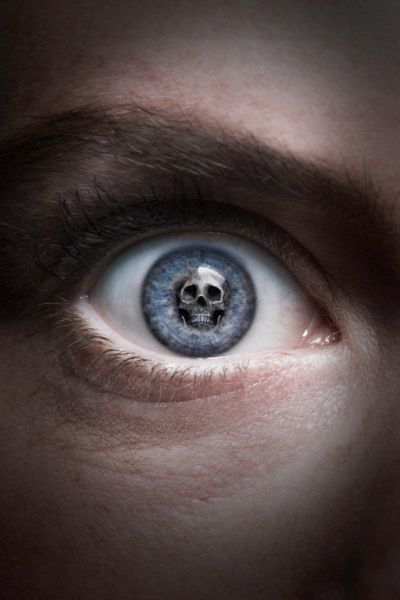 Henry Naylor is a multi-award-winning UK playwright, who has been described as ‘one of our best new playwrights’ in The Times,‘one of our best new playwrights’ in The Evening Standard, and ‘one of the most thought-provoking playwrights of our times,’ in The Spectator. In the past 3½ years his plays have won, or been nominated for 34 international awards, including one of France’s most prestigious awards for the arts, the Globes De Cristal. In 2016, he joined J.K. Rowling in having written one of the 10 Best Plays Of The Year by The Times. He is one of only a handful of writers to have won the Fringe First three times, and has won four of the top five Fringe awards at the Edinburgh Fringe, including the Carol Tambor Best of Edinburgh Award. The one he hasn’t won - the Amnesty International Freedom of Expression Award – he’s been nominated for three times. Three of his plays have had month long runs off-Broadway, and in 2017 alone there were over 300 public performances of his work, over five continents. His work has been translated into eight languages.

Gilded Balloon is one of Scotland’s leading entertainment promoters and producers, presenting an annual, globally-renowned programme as part of the Edinburgh Festival Fringe, as well as programming a body of year-round work at its home at the Gilded Balloon Basement Theatre.

As one of the four largest venues at the Edinburgh Festival Fringe, the Gilded Balloon is respected internationally for presenting a stunning annual showcase of theatre, comedy and cabaret. The Gilded Balloon has strong, historic ties to Australia’s rich live performance scenes, and has been bringing shows to the Adelaide Fringe for over 15 years.

If you love The Nights by Henry Naylor, we recommend...

This show is rated M for Mature Audiences, it contains distressing themes and course language.