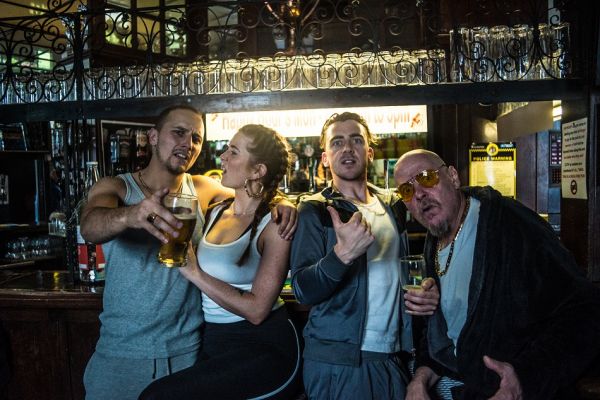 In an East London Tower block, five characters - Granddad, Jamal, Kel, Terry, and Reiss - open the doors into their lives, connected by blood, love, illicit substances, anger, and a whole lot of heart.

In this gritty, darkly funny, in-your-face production, language is king - Londoner street talk, cockney slang, and Shakespearean poetry are brought together to explore London's working-class population. Strap yourself in, because with Flesh & Bone you're in for a wild ride.

Unpolished Theatre's new production was a smash-hit at the 2017 Edinburgh Festival Fringe, winning the Holden Street Theatres' Edinburgh Fringe Award, and receiving over ten four and five star reviews from Edinburgh's critics. Written by Elliot Warren, this fast-paced, visceral play will challenge, excite, and move you. 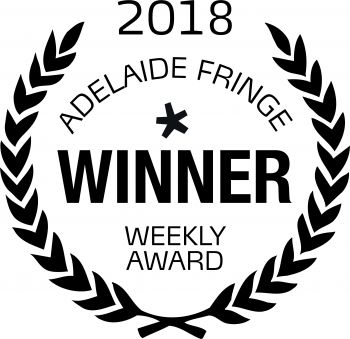 "Flesh & Bone "explodes on to the stage as if Shakespeare was alive and well and living in a tower block in East London." - The Scotsman

"Unpolished Theatre’s lyrical ode to the community of a London council estate is blunt, filthy and ingenious." - FEST Magazine

"As rollickingly funny as it is punchily poignant." - The Stage

"[During Flesh and Bone] it’s impossible not to pay attention and be bowled over by the sheer magnitude of the talent that emanates from the stage." - Miro Magazine

An award winning playwright and director currently starring in an online mini series created by himself called ‘STICK UP’ which is being developed into a feature film for late 2018. Played ‘Mike’ in Berkoff’s East, Llyod in Blue Stockings and Darren in online film Change.

Nick appeared in the musicals, South Pacific and Sinbad The Great Sailor. His TV roles include The Bill, Grange Hill, Chancer, Bugs and One Foot In The Grave.

★★★★★ - 'The way in which Warren has used the language in its highest and lowest forms gives this idea a potent foundation and this work a brave originality.' - The Barefoot Review

★★★★★ 'The writing and dialogue is utterly beautiful; a mix of Shakespearian iambic pentameter and common East London geezer-colloquialism tells the story in a gripping fashion.' - FIVEaa

★★★★★ 'This is an innovative and exciting work, and Unpolished Theatre are certainly a company to watch' - Great Scott

★★★★1/2 'This young UK theatre company has taken Shakespearean language and meshed it with a good lashing of colourful East End slang to create an expletive-filled, raucous ride of a show.' - Entertainment Hive

★★★★1/2 'this is a Fringe play that lovers of edgy original theatre won’t want to miss.' - InDaily

★★★★1/2 'Seriously, mixing modern Cockney and Shakespeare, vivid with as many images and as much word-play as you could imagine with the basest of language and swearing – brilliantly written, brilliantly delivered!' - The Clothesline

'It’s all agony and ecstasy for this talented cast, who recount the funny exchanges and crushing defeats of their characters’ lives with effervescent energy.' - The Adelaide Review

'It's a gritty, darkly funny, fast-paced-in-your-face production, where language is king' - Broadway World

'Flesh & Bone is a much cleverer creation – an ode of Berkoff’s distinctive playwriting style, Shakespearean levels of verse intermingled with cockney rhyme in a contemporary and colourful way.' - Miro Magazine

'Cockney versus the BARD' - The Advertiser

'Flesh & Bone succeeds on each counts, taking its viewers on a roller-coaster experience that provokes laughs, gasps and incredulity on the chaotic creativity, raucous vitality and frequent filthiness of all of it.' - Viral Media

'There are so many things to rave about in this production – the acting, the staging, the content, and the style.' - Stage Whispers

The Hitchhikers Guide to The Family