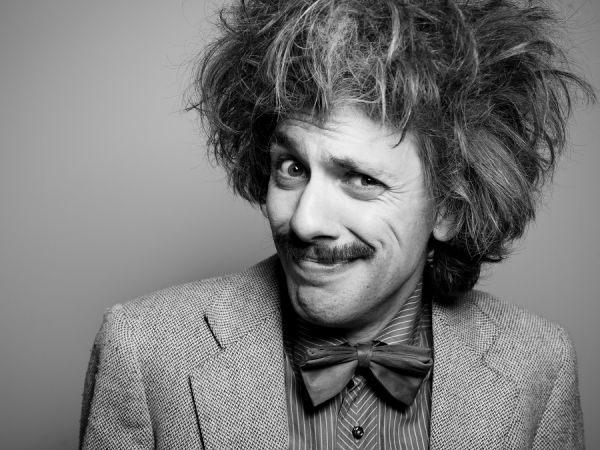 John Hinton's Scientrilogy is back for 2018, and is bigger and better than ever.

Join Albert, the genius behind the übercoolest moustache in science for a musical comedy lecture like no other. Featuring his two wives and mum on the piano, guest rapper MC Squared, and the wurst sausage joke ever, this is a show for scientists, theatre-lovers, musicians, and mathematicians alike!

The year is 1933, and Albert is giving his inaugural lecture on Special and General Relativity at Princeton University...or, at least, he's trying to. But it's tough when you're always going off on a space-time tangent, your wives and mother keep barging in, your equations are being used to make atomic bombs, and then there's the small (rather large) matter of the universe to explain.

'As always with teaching, it is the enthusiasm of the teacher that wins the day. It is their excitement and passion that stirs minds in and out of the classroom. John Hinton certainly does his bit to instil some of his eagerness for knowledge to young and old.' - Australian Stage

★★★★ 1/2 'John Hinton’s Albert Einstein: Relatively Speaking is lean and fast-paced; an obviously seasoned and road-tested show with its muscles toned and all unnecessary fat removed.' - The Upside News

"★★★★★ Something close to brilliance." The Times

★★★★ 1/2 'Hinton’s performance is at once magnetically captivating and compellingly believable, a product of dynamic stage mastery and a firm grounding in well-researched historicity. A born performer… or maybe a born teacher… perhaps the two are necessarily one and the same.' - Kryztoff RAW

'The show is a hilarious and thought-provoking answer to everything you ever wanted to know about Einstein but were too afraid to ask!' - Broadway World

★★★★1/2 'If there had been teachers like Hinton at school, we would be producing so many more scientists.' - Adelaide Theatre Guide

'John Hinton certainly does his bit to instill some of his eagerness for knowledge to young and old.' - Australian Stage 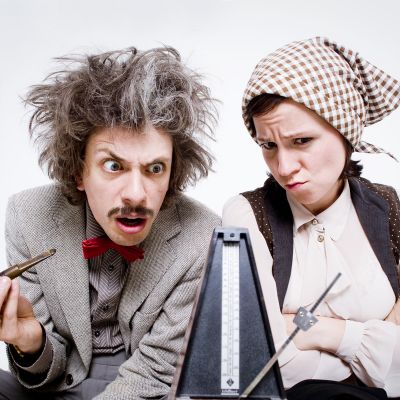 Due to a very late change to the HST program the session dates and times for 'John Hinton's Scientrilogy' have been changed.

Please only refer to this website, the Holden Street printed Guide or

JOHN HINTON'S SCIENTRILOGY: THE ELEMENT IN THE ROOM