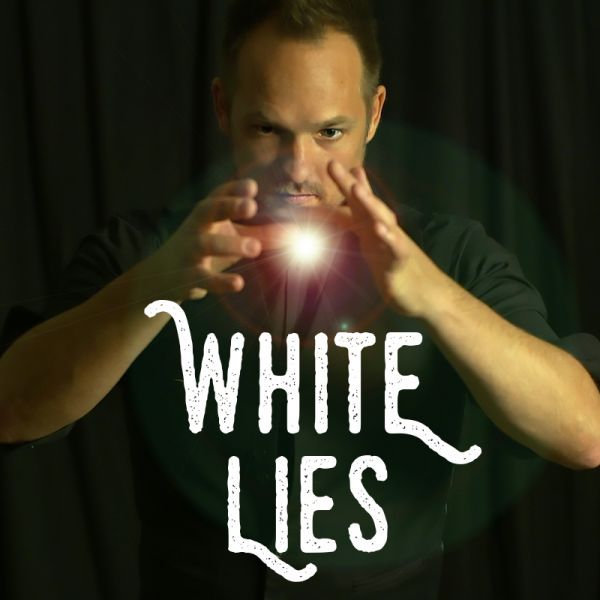 "Tonight we entered Pierre’s world of imagination and were suitably overwhelmed with his talent of surrealism." 8/10 Eventalaide

"It’s the magic show that starts at the end and ends at the start." The Advertiser

ABSOLUTELY NOT TO BE MISSED! Following SOLD OUT shows at Perth Fringe World 2016, international mystery performer Pierre Ulric has come to Adelaide with an exciting new production.

The show is a theatrical magical performance with strong moments of magic, psychological games and some hypnotism.

The title 'White Lies' relates to the fact that the show explores how magic creates moments of positive astonishment and wonder through deception. It is really an investigation into the nature of humans and the mysterious through a theatrical moment!

Pierre Ulric migrated to Australia from his native Canadian province of Quebec seventeen years ago, and can now be seen weaving his theatrical surrealism around the world, when he isn't gallivanting in Perth, Western Australia.

He has been involved in the craft for over 20 years and is recognised as an accomplished technician and theorist in the scene, having won several peer awards.

Pierre believes that magic is a powerful communication and expression medium, and particularly enjoys sharing his love for mystery performance with unsuspecting audiences everywhere.

- 25 years of experience in magic, professional magician now based in Perth.

This video provides a flavour of the type of performances contained in ‘White Lies’.

You can see some more photos and video trailers of what Pierre does on the home page (and gallery) of his website:

- Sold Out sessions at the 2017 Perth Fringe World Festival