“Grounded” is presented by special arrangement with SAMUEL FRENCH, INC.

"★★★★★ - Martha Lott is a very special performer ... she left me laughing and smiling in admiration of her character, and threw goosebumps down my spine with the emotive ending to the production" - Eventalaide

"★★★★★ - One strength of this play is in the tight script, but Martha Lott uses that script to create a powerful and moving story" - 5MBS

"★★★★★ - mesmerised from start to finish … Grounded is a Fringe must!" - Global Media Post

"★★★★ 1/2 - Lott is compelling, engaging ... A gripping and powerful piece of theatre that is beautifully performed, directed and produced." - The Advertiser

"★★★★ 1/2 - Martha Lott delivers an intense and fluid performance ... a sobering and riveting play" - The Clothesline

"I can't speak any higher of how captivating Martha's performance was, so much so that she received a standing ovation" - All Over Adelaide

"Lott is mesmerizing. Her layered performance is a triumph, as is this tale of modern-warfare." - Stage Whispers

"It is a skilled actress who can pull this off and Lott is certainly that." - Theatre Travels 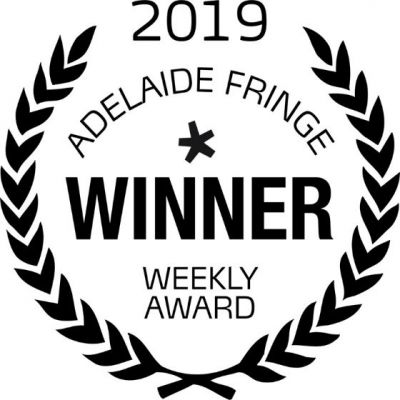 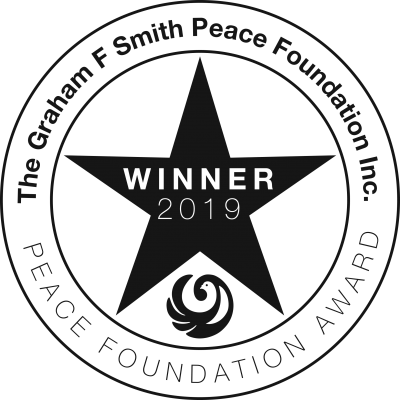 If your life is spent up in the sky, what happens when you're forced to plant your feet back on the ground?

From the award-winning playwright of Elephant's Graveyard, George Brant, comes the story of an ace fighter pilot whose career in the sky is ended early due to an unexpected pregnancy. Reassigned to operate military drones from a windowless trailer outside Las Vegas, she hunts terrorists by day and returns to family by night. As the pressure to track a high-profile target grows, the boundaries begin to blur between the desert in which she lives and the one she patrols half a world away.

Grounded was short-listed for the James Tait Black Prize for Drama & the Amnesty International Freedom of Expression Award.

Martha Lott is directed by Poppy Rowley in a riveting, incredibly evocative, and blisteringly sharp iteration of this multi-award-winning play.

ACCOLADES FOR GROUNDED BY GEORGE BRANT

REVIEWS FOR THE PLAY'S PREVIOUS PERFORMANCES

“Grounded is a heartbreaking, beautiful, necessary and perfectly-structured solo drama … an essential story for our times.” – The Scotsman

"A searing piece of writing...gripping...a must-see." - The Guardian

“Critic’s Pick. A scorching sharp-eyed, timely script…lets no one off easy…clap all you want at the end of the play—and you’ll want to clap a lot—but the game stays with you” – Time Out New York

"As close to perfection as is possible to imagine...Grounded is a powerful, hallucinogenic experience." - What's On Stage

“Thought provoking, thoroughly engrossing…pulses with the rhythms of an epic war poem” - TheatreMania

Martha started acting when she was eight years old. She studied at Drama Centre London and returned to Australia where she worked in Sydney and Adelaide. She founded and runs Holden Street Theatres. She is an award winning Director, Producer and Actress as well as a published playwright but her heart in still in Acting. Some of her favourite experiences were King Lear, Death of A Salesman, Trojan Women (State Theatre Co SA), Anzac Girls, The Lost Tools of Henry Hole, Changed Forever and the remake of Storm Boy, creating and performing in Shakespeare For Kids over the last four years and her time on air with the ABC Radio. Her producing endeavors have resulted in multiple awards during the Adelaide Fringe and Holden Street Theatres being recognised Gloably.

Poppy was Artistic Associate for Eastern Angles 2015-2017, she did the NT Directors course September 2017 and the Clore Emerging Leaders course in March 2017, she graduated from the MFA Theatre Directing, Birkbeck, in 2014.

Previous directing credits include: Pramkicker (Melbourne Meat Market); All Wrapped Up In Westwood, The Trials of Mary, The Fletton Railway Children, Future Floodlands, Nativity Blues (Eastern Angles); A Memory, A Monologue, A Rant and A Prayer (Bread & Roses), The Game (St James Theatre); Only Forever (Hope Theatre); Century, and Fings Wot I Did (Sheffield Theatres).

George Brant’s plays include Grounded, Marie and Rosetta, Into the Breeches!, Elephant’s Graveyard, The Prince of Providence, Dark Room, Grizzly Mama, Good on Paper, The Mourners’ Bench, Salvage, Three Voyages of the Lobotomobile, Any Other Name, Defiant, Miracle: A Tragedy, Ashes, NOK, The Lonesome Hoboes, All Talk, One Hand Clapping, The Royal Historian of Oz, Lovely Letters, Three Men in a Boat, Borglum! The Mount Rushmore Musical, Tights on a Wire and Night of the Mime.

George received his MFA in Writing from the Michener Center for Writers at the University of Texas at Austin and is a member of the Dramatists Guild. He is published by Samuel French, Oberon Books, Fisher Verlage and Smith & Kraus.

HELP RAISE MONEY TO PUT THE SHOW ON

HST are making every effort to make our performances accessible to all during the 2019 Adelaide Fringe. Accessible seating is available in The Arch.