Peter Goers in 'Actors, Drunks and Babies Never Hurt Themselves'

A witty, urbane celebration of show business. Celebrated raconteur and theatrical Peter Goers tells yarns about his own nearly 50 years in the theatre and stories about luminaries such as Frank Thring, Barry Humphries, Ethel Merman, Gladys Moncrieff, “The Sheik of Scrubby Creek” Chad Morgan, Groucho Marx, dead critics and Princess Margaret and the Silver City of Broken Hill thrown in for good measure. Once the Orson Welles of Grade 5 at Woodville Primary School, Goers tells all in a brisk, funny 50 minutes.

Please Note: This show does not involve Canadian nouveau circus performers, croquet, comedians who really hate Adelaide trying out material for the Melbourne Comedy Festival and any audience participation beyond laughter.

Peter Goers is an actor, director, reviewer and current host of the radio program The Evening Show on 891 ABC Adelaide,, which broadcasts throughout South Australia and to the city of Broken Hill

His career has spanned over 40 years in the entertainment industry across a range of different mediums and formats including television, print, radio and theatre, and he is frequently engaged as a guest speaker. In the Australia Day Honours, 2013, Goers was awarded the Medal of the Order of Australia (OAM).

In 2015 Peter's - 'Sway With Me: Crooning with Michael Coumi' was a sell out smash hit and a thoroughly enjoyable eyeing to boot. We welcome him back to Holden Street for another very enjoyable evening. In 2015 Peter also co-directed ODE- Voices of Gallipoli and the First World War with Martha Lott, another great success.

“A fiery wit and a big heart”- ABC 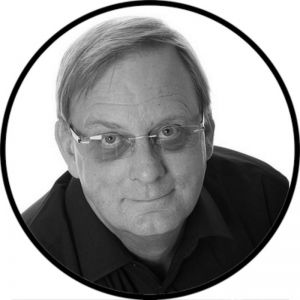